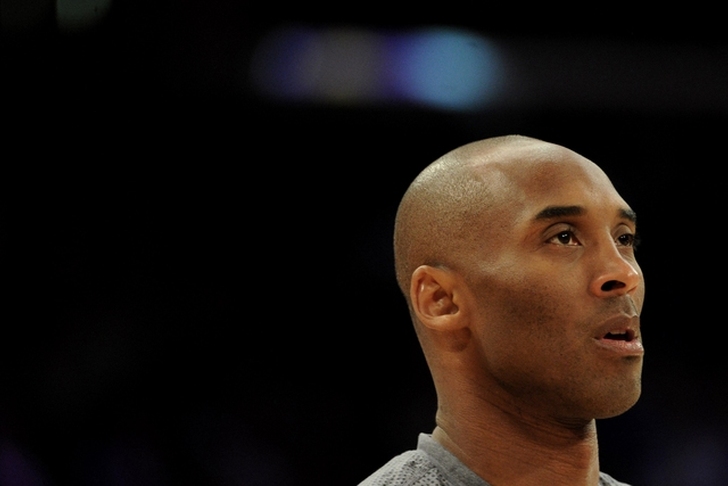 The 2016 NBA All-Star Game was all about the final All-Star appearance by the legendary Kobe Bryant. That's great, because it sure wasn't about defense.

The Western and Eastern Conference squads set an All-Star Game record with 182 combined points in the first half, with the West squeaking ahead at the break, 92-90. The West would ultimately pull away in a game that was basically into a shooting exhibition, finishing things off in an 196-173 victory.

The West's scoring output is the most by any team in All-Star history, and the team's 369 combined points were also a game record. The East's Paul George was scintillating in defeat, scoring a game-high 41 points -- one short of Wilt Chamberlain's All-Star high-watermark.

The West would finally play some defense to close things out, subbing in Golden State's defensive star Draymond Green and double-teaming George to keep him from ousting Chamberlain from the top of the list. George did set a game record with nine threes, passing Carmelo Anthony's record of eight.

On the other side, Kobe Bryant would score just 10 points on 4 of 11 shooting. However, Oklahoma City's Russell Westbrook picked him up -- scoring 31 points on 12 of 23 shooting to take home All-Star Game MVP honors.

The award is Westbrook's second in a row, making him the first to take home back-to-back honors since Bob Pettit in 1958-59.

The first half was an expected highlight reel, starting with the man of the hour, Kobe Bryant, and a brilliant little bounce pass to Russell Westbrook for a jam:

Not to be outdone, Toronto's hometown favorite, DeMar DeRozan, pulled a 360 out of his bag of tricks:

The West couldn't hit a thing from outside to start, shooting 1 of 14 to open the game. It was extremely odd considering that all-world shooter and Golden State Warriors superstar Stephen Curry was on the West's side.

However, Curry showed that he didn't need the three ball to make the SportsCenter Top Ten -- flushing a rare two-handed dunk:

The West found their rhythm from all over the court in the second half, lighting things up with an array of Curry triples and easy putaways in the paint. Things were going so well for the West from the field, that Russell Westbrook decided to pull out some slick dance moves in celebration:

The East still had their share of return shots, including one of the prettiest through-the-legs passes from Washington's John Wall to Cleveland's LeBron James:

There was also the matter of Atlanta's Al Horford, who wowed the crowd with a buzzer beater to close the third:

However, it was too much West too much of the time to close things out. Steph Curry and the West's outside shooters set off fireworks in the second half, breaking the team's all-time record from 2015 (25) with 31 3-pointers. The barrage came on mostly uncontested shots, but it was extremely impressive nonetheless.

Most importantly, Kobe Bryant's final All-Star night would end in triumph -- a fitting end to the All-Star career of one of the game's fiercest competitors.