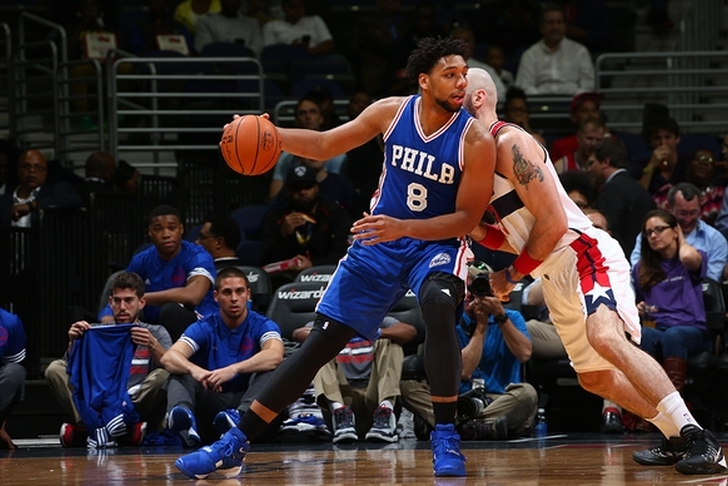 The 2015 NBA rookie class is one of the most hyped in recent memory, and there are several players that could realistically win Rookie of the Year honors come April. Here's where the race stands as we head into the start of the regular season: Winslow won't be in the starting lineup on opening night, and will probably only start if Dwyane Wade or Luol Deng are hurt - but that doesn't mean he won't have a huge impact. He has the athleticism and strength (6'6", 220 lbs.) to match up with the level of physicality in the NBA, and while he's a slash-first wing, he developed a consistent long-range jumper at Duke (41.8 percent) that will make him a threat everywhere on the floor. Winslow is also an excellent defender (1.3 steals, 1.0 block per game), which is a skill that translates well from the college level to the pros.

All in all, Winslow's all-around game on both ends of the floor will allow him to develop into a star for the Heat very quickly. The Heat will bring him along slowly, but once Winslow has adjusted to the pace of the NBA and has a firm grasp on their system (which he picked up very quickly at Duke), head coach Erik Spolestra will take the reins off of him and give him major minutes.

In his lone year at Ohio State, Russell led the Buckeyes in points, rebounds, and assists last season, and that versatility makes him extremely dangerous whenever he has the ball in his hands. He’s excellent at attacking the basket, but also has the range (41.1 percent from beyond the arc) to hurt a defense from anywhere. Russell does need to improve his defense a little bit, but his 1.6 steals per game show that he can still make an impact on that end of the floor.

If he can produce on an all-around basis like he did at Ohio State, he'll become a star. Why is Mudiay ranked ahead of Russell even though they play the same position? Well, Mudiay should have an easier transition coming from playing professionally in China and will be the featured option right away in Denver, whereas Russell will have to compete with Kobe Bryant and Jordan Clarkson for shots. Mudiay is also bigger (6'5", 200 lbs.) and has the length to make a real impact on defense.

The top overall pick in the draft is just oozing with potential and has future superstar written all over him. Towns has a reliable post game, range that stretches all the way out to the three-point line, runs the floor incredibly well for a big man, and is a domiant shot-blocker. The only question standing between Towns and greatness is how quickly he'll adjust to the NBA game, which we expect will take some time.

Okafor is one of the most NBA-ready prospects we've seen in a long, long time. He will be one of the best low post scorers in the league as soon as he steps on the court, and he's already the focal point of the 76ers offense. While he was a defensive liability at Duke, some thing that has more to do with Coack K trying to keep him out of foul trouble instead of his deficiencies. Expect Okafor to average 17-20 points per game right off the bat.