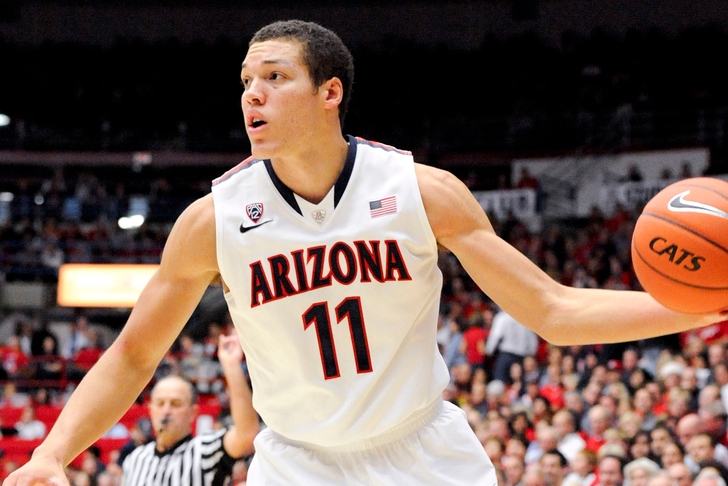 Stay up-to-date on the 2014 NBA Draft whenever and wherever you want it. Download our new Chat Sports iPhone app and follow our NBA page today.

Gordon showed great presence on both ends of the floor as a freshman at Arizona, leading the Pac-12 in total offensive rebounds (102) and total defensive rating (88.6) in 2013-14. Gordon combines superb athleticism, a high motor, and a natural basketball IQ into one of the more complete packages in this 2014 NBA Draft class. While Gordon is lean from a body mass standpoint, he doesn’t shy away from contact in the least. His huge hands makes him an alley-oop threat whenever he gets space. On the other end, Gordon has shown that he can defend anyone at any time, making him a problematic matchup for any team unlucky enough to face him.

Check out Aaron Gordon's highlight video for more on what he brings to the 2014 NBA Draft class:

For all the latest on the 2014 NBA Draft, follow our NBA page today.