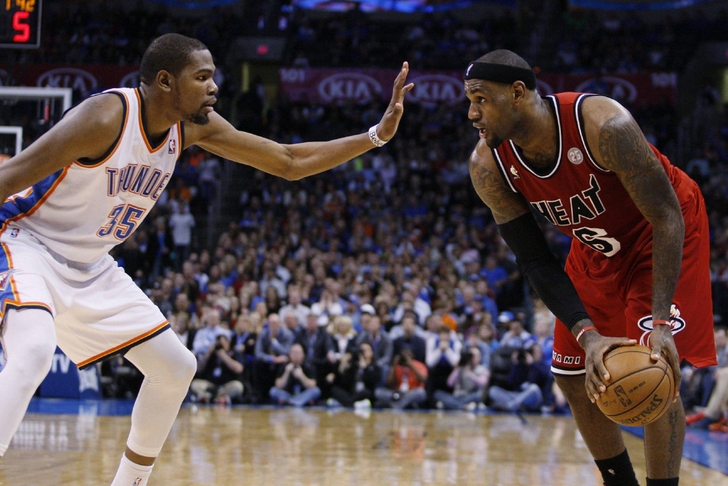 The early 2014-15 NBA Championship betting odds have been released by vegasinsider.com, and the Heat, Spurs, Thunder and Pacers are all expected to be back near the top:

The Heat and the Spurs unsurprisingly come in at #1 and #2, respectively, but the bookmakers don't seem to think the Spurs have what it takes to defend their crown.

The Thunder, Clippers and Pacers round out the top five, with the Clippers expected to overcome the Donald Sterling fiasco and remain Western Conference contenders. The Los Angeles Lakers were given 50/1 odds, reflecting a belief that they won't be as terrible as they were in 2013-14, but they still have a long way to go.