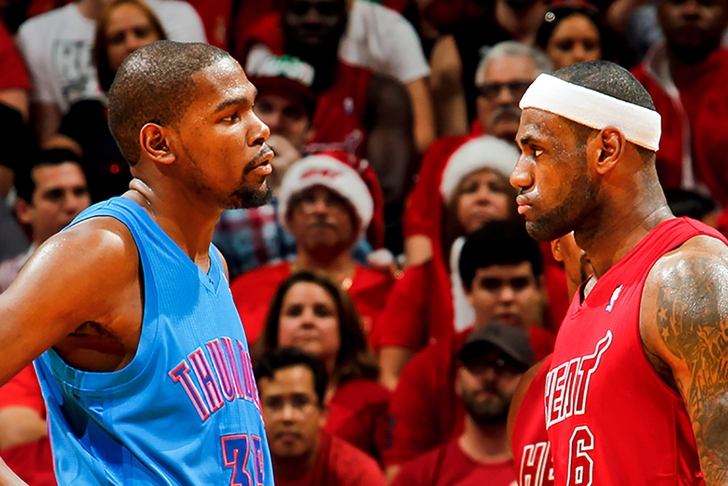 The 2013-14 All-NBA teams have been announced, and the biggest surprise is no doubt the exclusion of Knicks SF Carmelo Anthony. Despite New York's struggles, Anthony had a career year, averaging 27.4 points per game (second in the NBA behind Kevin Durant), along with career-highs in rebounds per game (8.1) and three-point percentage (.402). Russell Westbrook and Dwyane Wade were other notable omissions, although unlike Anthony, both missed significant time with injuries.

Interested in how the teams were decided? Check out the voting here.