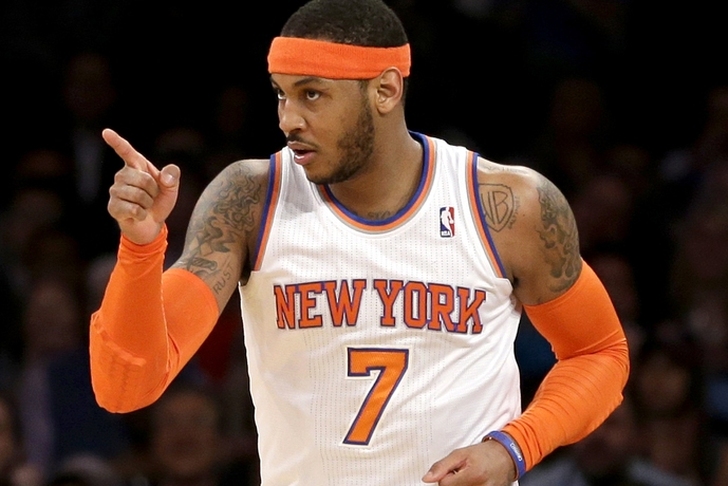 The NBA Trade Deadline is nearly here. NBA teams have until 3 p.m. Thursday to make their moves, and the teams have cranked up their efforts with the All-Star game now over. While there are many trade rumors floating around, ESPN Insider (paid) has put together the 10 trades that they would like to see happen before the deadline. You can check out the details for each trade below.

Full disclosure, none of these deals are very likely to happen. Most are the type of crazy blockbuster on possible in NBA 2K.

This is a true blockbuster. The Cavs end up with Melo, making for an intriguing pairing. The Celtics get Kevin Love, who they've been linked to for quite awhile. The Nets' first rounder is unprotected, meaning New York could end up pairing Kristaps Porzingis with Ben Simmons next year.

The Raptors move here is simple; adding Horford might be the piece that gives them a chance to make the NBA Finals. This would be a mini-reset for the Hawks, and that first round pick would be the lesser of either the Nuggets or Knicks.

This deal is nearly a swap of the two teams. It'd be one of the biggest blockbusters in NBA history, as the Rockets would be putting the reset button completely with this deal. That Nets' first round pick is crazy valuable, but the Celtics would walk away with Dwight Howard and James Harden in this deal.

Melo would need to waive his no-trade clause, but it might work for the Lakers. Russell is talented, despite the team's decision to keep him on the bench.

This is pretty much a straight up Griffin for Millsap deal. Millsap is underrated and might be a better fit for LA than Griffin. The Hawks would get a young star that they don't really have at the moment.

Yet another trade involving Melo. Parsons would fit well in New York and the Knicks need draft picks. The Knicks would also gain some cap space and the Mavs would help their playoff hopes.

Young would provide the Raptors with the upgrade at power forward they need. Both Patterson and Wright are former first rounders who could get some playing time in Brooklyn. The first rounder would (hopefully) help the Nets in their rebuild.

Another true blockbuster deal. Howard could actually fit well in Atlanta, as would Rubio. The Rockets completely push the reset button with this deal, taking some of the Hawks' best players. The T-Wolves move on from Rubio and get a few quality players in return.

The Jazz need a point guard and Holiday makes sense as an addition. He also doesn't really block Dante Exum, because the two could find a way to play together. Burke has played better this year, while Burks could be a possible replacement for Tyreke Evans in time.

This deal reunites the Morris twins in Detroit. The Pistons would hope that Markieff finds his near All-Star level form by re-joining his brother. Jennings' contract expires, and there's a good chance he wouldn't re-sign with the team, but it gets the Suns out of Morris' contract.