10 Most Intriguing NBA Games For Next Season 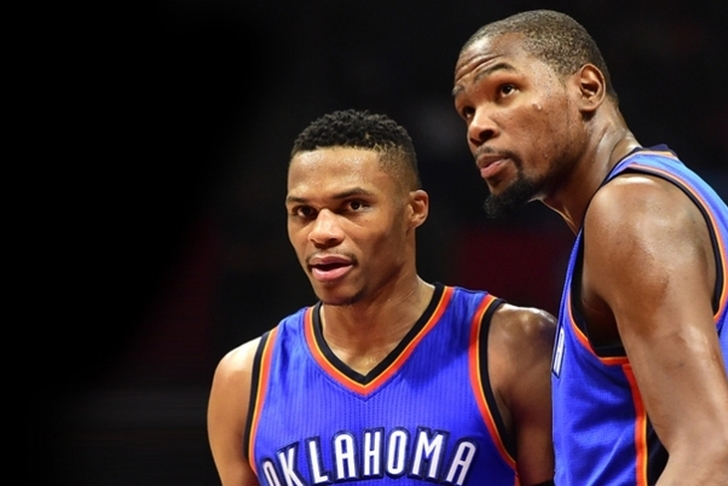 The full 2016-17 NBA schedule was released last night for all 30 teams, and there are plenty of marquee matchups for fans to get excited about. Here are the 10 most intriguing matchups of the upcoming NBA season:

10) Chicago Bulls vs. New York Knicks - Nov. 4
Derrick Rose and Joakim Noah's return to Chicago will bring back plenty of mixed feelings from both sides, but it will be a game that will be fun to watch - especially between two teams the figure to be on the fringe of the playoffs.

8) New Orleans Pelicans vs. Minnesota Timberwolves  - Nov. 23
A matchup between two of the most talent young teams in the league, particularly two of the best young big men in Karl-Anthony Towns and Anthony Davis. Their matchups may also have an impact on which team makes the playoffs.

7) Toronto Raptors vs. Cleveland Cavaliers - Oct. 28
Toronto hosts the Cavs for the first time since the Eastern Conference Finals, where they beat Cleveland twice. The Raptors are looking to overtake the Cavs at the top of the conference, and they'll be looking to send a message with a win in this game.

6) Los Angeles Clippers vs. Golden State Warriors - Dec. 7
The Clippers are making their last stand with their current core, and a home matchup with the Warriors will not only be an entertaining, up-tempo matchup between two of the best teams in the league, but also a gauge of how real LA's title chances are.

5) Philadelphia 76ers vs. Los Angeles Lakers - Dec. 16
This is the first of just two matchups this season between the top 2 picks in the draft, Ben Simmons and Brandon Ingram. Outside of that, though, this game doesn't have many storylines.

4) Golden State Warriors vs. San Antonio Spurs - Oct. 25
The late game on opening night features an excellent showdown between the top two teams in the West. It's also the Spurs first game in the post-Tim Duncan era.

3) Miami Heat vs. Chicago Bulls - Nov. 10
Can I interest anyone in Dwyane Wade's first game back to Miami? Heat fans definitely (or, at least, should) give Wade an extremely warm welcome. Much like Chicago's matchup with the Knicks, this will be an emotional game that could also have playoff implications.

2) Golden State Warriors vs. Cleveland Cavaliers - Dec. 25
The first NBA Finals rematch will come in Oakland on Christmas Day. Seeing how Cleveland stacks up against a Golden State team with Durant could dictate how the rest of the season goes - and if the Cavs make any moves at the trade deadline.

1) Oklahoma City Thunder vs. Golden State Warriors - Feb. 11
Finally, we'll get Kevin Durant's return to Oklahoma City just before All-Star Weekend. There will be plenty of hate to go around in Chesapeake Bay Arena, and that - coupled with Russell Westbrook going absolutely bananas while trying to rip KD's head off - makes this the most can't-miss game of the year.