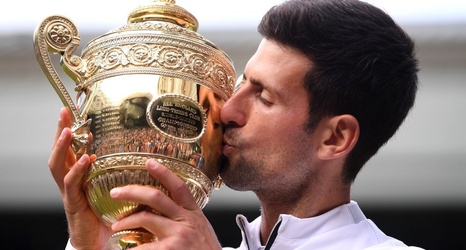 LONDON -- Chasing. It seems that Novak Djokovic has been doing it since he was an inexperienced teenager, forever fighting for the elusive rewards in the golden age of men's tennis: the respect of his peers, the affection of a public that seemed to only have eyes for Roger Federer and Rafael Nadal.

He has pursued those two men through the Grand Slam thickets and valleys, a member of the Big Three but still always a precious step or two behind.

After Sunday at Wimbledon, Djokovic chases no more.

He locked down a career-defining win that accords him equal status with the twin titans of the era, Federer and Nadal.