What's next for Deshaun Watson and the Cleveland Browns? And what about Baker Mayfield? 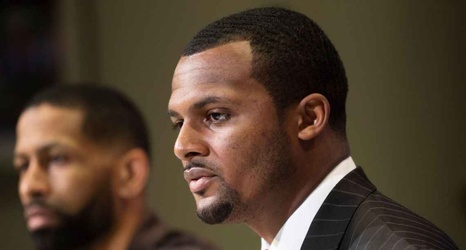 Watson, who the Houston Texans traded to the Cleveland Browns nearly two weeks ago, will resume his NFL career after spending 2021 on the sideline while facing 22 civil lawsuits alleging sexual assault and inappropriate conduct during massage sessions.

Watson was not indicted on criminal charges by two separate grand juries in Texas. Now the NFL must decide what's next. Watson could face suspension under its personal conduct policy.