Wellner 'disappointed' about missing out on Navy lacrosse job 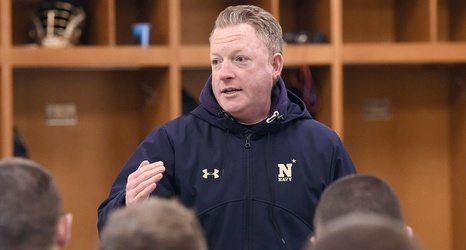 Ryan Wellner is still a member of the Navy men’s lacrosse coaching staff. So it was no surprise he was asked by athletic director Chet Gladchuk to pick up his new boss at the airport.

Joe Amplo was announced as the eighth men’s lacrosse coach in Navy history on Wednesday afternoon and arrived in Annapolis today to get started. Amplo comes to the Naval Academy after spending eight years and seven seasons as head coach at Marquette University.

That half-hour car ride from BWI Thurgood Marshall Airport to the Naval Academy could have been awkward since Wellner was also a candidate for the job.