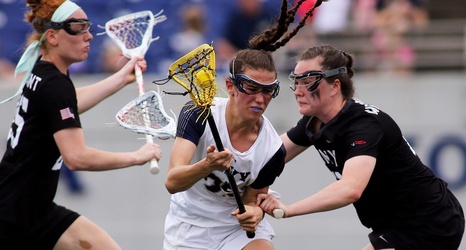 In a season of successes Army has never experienced before, Navy gave its archrival a thrashing that seemed all too familiar.

The Mids were a genuine threat nearly every time they descended upon the crease. Meanwhile, the Black Knights, especially as the game waned down, visited opposing keeper Gab Harchelroad as often as one would visit a second cousin.

In the fourth meeting of the series, No. 14 Navy steamrolled Army 21-8 on Saturday afternoon in the first half of a Star Series doubleheader for lacrosse. The Mids maintained their perfect record against West Point in women’s lacrosse and clipped the Black Knights’ winning streak to three games.