U.S. hosts Jamaica in friendly at Audi Field in D.C. 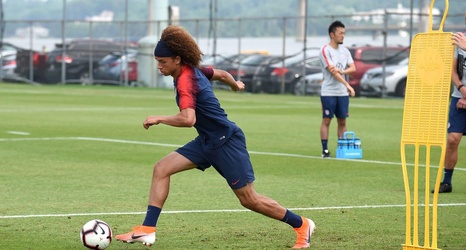 A familiar foe takes on the United States men’s national team in a familiar city at a new venue in a friendly Wednesday night (7 p.m.) in the District of Columbia.

The U.S. is hosting Jamaica at Audi Field, new home of D.C. United, in a tuneup ahead of the 2019 CONCACAF Gold Cup. These two squads have faced each other in the knockout rounds of the two previous Gold Cups.

The Reggae Boyz defeated Stars and Stripes in the 2015 semifinals, while Jozy Altidore and Jordan Morris scored for the Americans in a 2-1 victory over Jamaica in the 2017 Gold Cup final at Levi’s Stadium in Santa Clara, California.