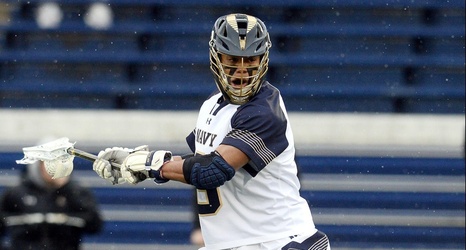 Torain totaled seven points on five goals and two assists for Navy, which evened its overall record at 5-5 and Patriot League mark at 3-3. Wade contributed four goals and an assist for the Midshipmen, who blew an early 8-3 lead.