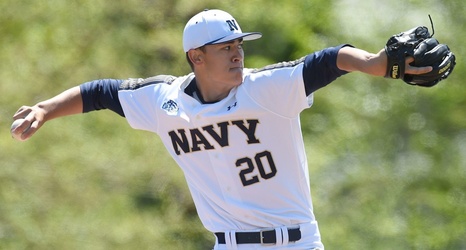 Bobby Applegate just shakes his head and smiles when asked about the remarkable numbers being posted by Navy starting pitcher Noah Song.

“This has been an unprecedented season for any college baseball player, much less a Naval Academy player,” Applegate said. “To rank Top 10 in just about every major pitching category is very impressive. Noah is having a special season and is really turning some heads.”

Applegate, in his fifth season as Navy’s pitching coach, knows some observers might question the caliber of competition Song encountered in the Patriot League, but still believes the senior standout could possibly be the best pitcher in college baseball this season.