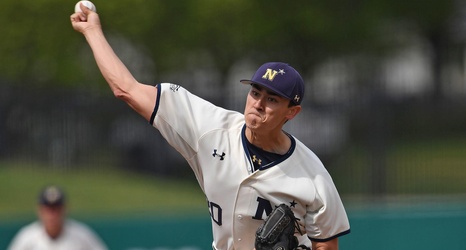 Navy has been playing baseball since 1893 and has been consistently successful over the span of 124 years (there was a three-year hiatus from 1896-1898).

There have been dozens of great players come through the program, dating back to a left-handed pitcher named Nemo Gaines who would make the major leagues with the Washington Senators in 1991.

Right-handed pitcher Mitch Harris, a 2007 graduate, is the only other Navy product to reach the majors – doing so in 2015 with the St.