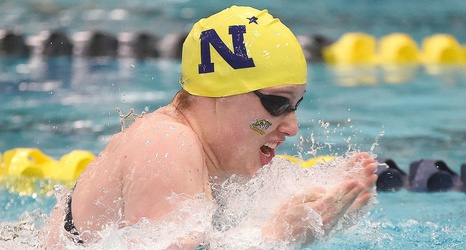 Baseball standout Noah Song was awarded the Naval Academy Athletic Association Sword for Men, which is presented to a member of the graduating class who is considered to have personally excelled in men's athletics during his years of varsity competition.

In his four years at Navy, Song has rewritten the program’s record book. The right-handed starting pitcher broke the career record for wins (32), strikeouts (428) and innings pitched (334 1/3) while tying for most shutouts in school history with nine.