Roach goes from walk-on to captain for Navy women's basketball 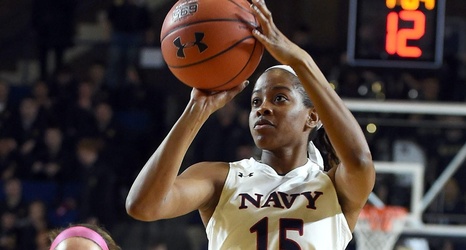 Bianca Roach decided at an early age that she wanted to serve in the United States Navy. The Virginia Beach resident was influenced by her father, who served 26-plus years in the Navy.

Phillip Roach Sr. was a Senior Chief with an expertise in aviation on amphibious ships such as the USS Wasp and USS Bataan.

“Growing up I always looked up to my father as a really good role model,” Bianca Roach said. “Seeing how he provided for his family and the impact the military had on him showed me it was something I could pursue.