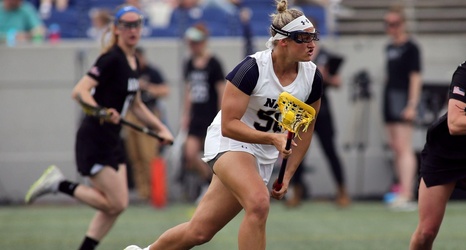 BALTIMORE — Reagan Roelofs had a record-setting night inside the circle and her dominance of the draws led Navy to an impressive victory over archrival Army.

Junior attacker Kelly Larkin made some history of her own by scoring six goals for the Midshipmen, who will top-seeded Loyola in Saturday’s (noon) championship game.