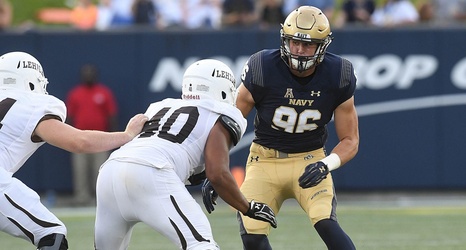 Perkins stepped up to the point he was part of the defensive end rotation for the season opener at Hawaii. The 6-foot-6, 257-pound sophomore was credited with a tackle during his varsity debut.

However, Perkins was displeased with himself for not taking an opportunity to level Hawaii quarterback Cole McDonald.

“I had a free shot at the quarterback against Hawaii, but I let up because it was my first varsity game and I didn’t want to get a penalty,” Perkins said.