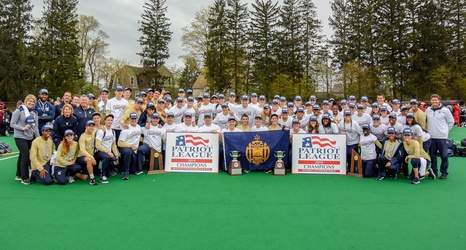 WORCESTER, Mass. – The Navy track and field team won the men’s and women’s Patriot League Outdoor Championship titles for the second consecutive season. For the men, it was the sixth consecutive and seventh overall outdoor championship, while the women posted back-to-back wins and their fourth overall outdoor title. It is the second time that both the men’s and women’s teams won in the same season.

“It was a great day,” Director of Navy Track and Field Jamie Cook said after the meet. “The student-athletes were ready to compete and the coaching staff was ready to get after it.