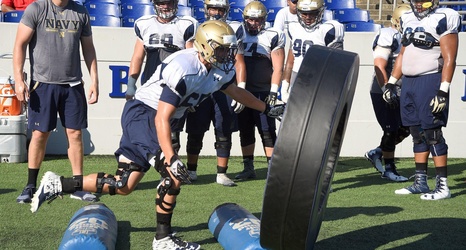 Navy football was originally scheduled to conduct practices on Monday and Wednesday of this week. However, head coach Ken Niumatalolo felt the Midshipmen had accomplished what they needed to and decided on Monday morning that spring camp was concluded.

“I think we’ve gotten a feel for which players are going to help us next season, which players still need to develop and which ones are still a year or two away,” Niumatalolo said following an intra-squad scrimmage on April 6.

Now the coaching staff will huddle for the purpose of putting together an updated depth chart and picking the Admiral Mack Award winner.