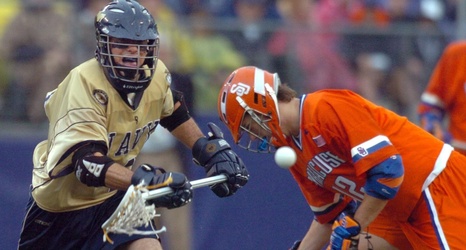 Navy men’s lacrosse has lost four of its last five games to fall below .500 for the first time all season. Things don’t get any easier for the Midshipmen this weekend.

Navy (5-6) must try to right the ship against seventh-ranked Syracuse (8-3), which has won three straight and knocked off ranked opponents two weekends in a row. This is the second consecutive meeting between the schools with the Midshipmen stunning the Orange, 13-12, in the Carrier Dome last season.

Navy is hoping to rebound from last Saturday’s heartbreaking 9-8 overtime loss to archrival Army in Annapolis.