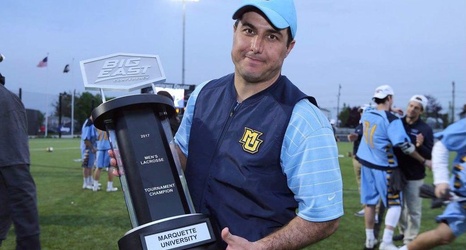 Navy has hired Joe Amplo as the eighth head coach in the 112-year history of its men’s lacrosse program, The Capital has learned.

Amplo comes to the Naval Academy after spending seven seasons and eight total years as head coach of Marquette University. He was hired in 2012 to start the Marquette men’s lacrosse program from scratch and built the program into a consistent contender in the Big East Conference.

Amplo led Marquette to Big East Tournament championships in 2016 and 2017, earning automatic berths into the NCAA Tournament as a result.