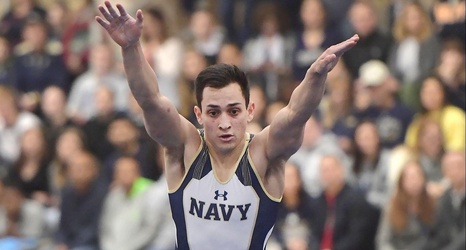 The Navy gymnastics team continued completing tasks on its 2019 checklist of success, cruising to a 10.5-point victory at the ECAC Championship on Saturday.

Coming in as the defending champions of the meet, the Midshipmen used standout turns on the pommel horse, parallel bars and high bar to distance itself from the five-team field.

After the final touch at Springfield's Blake Arena, Navy was victorious with 401.15 points. Archrival Army was runner-up with 390.65 followed by William & Mary with 388.55 points.

Navy was led by four individual title winners and 15 All-ECAC performances on the day.