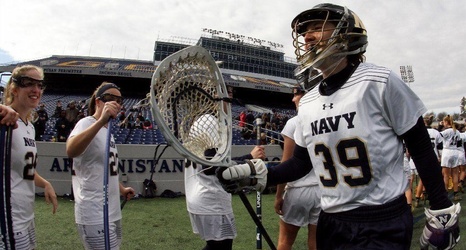 During Thanksgiving break, Navy women’s lacrosse goalie Gab Harchelroad stood before a group of Shady Side Academy students in Pittsburgh and revealed her philosophy to life.

She relied on four tenets as a battalion commander at the Naval Academy last semester: chase greatness, empower others, be a teammate and control the controllables.

If Harchelroad hadn’t learned those last three, she may never have been able to follow that first one: chasing greatness. She’s one of seven seniors hunting their third-consecutive Patriot League Championship crown to cap off their Navy careers.

When Harchelroad mans the cage on Thursday against No.