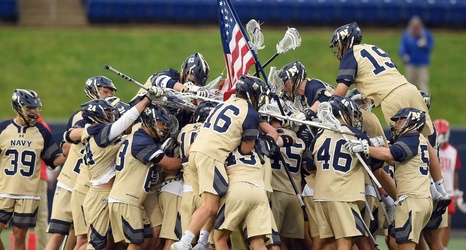 First off, it was Senior Night at Navy-Marine Corps Memorial Stadium with the team’s 10 first classmen being honored during a pregame ceremony that was delayed for just over an hour by severe thunderstorms.

Second, it was a must-win situation for the Midshipmen, who were sitting squarely on the bubble for earning one of six berths in next week’s Patriot League Tournament.