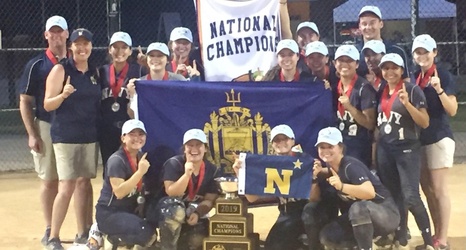 Navy finished 11-1 in the four-day tournament, which was played May 16-19, in Columbus, Georgia. After losing an early game in the double-elimination portion of play, the Midshipmen won seven games in a row to defend their title.

That stretch included five same-day, back-to-back games ending in victories over the Buckeyes, 9-3 and 6-3, to claim the national crown.

Softball is one of 16 club sports offered by the academy, which requires every midshipman to participate in a sports period at the varsity, club or intramural level.