Medhurst gets shot at the major leagues 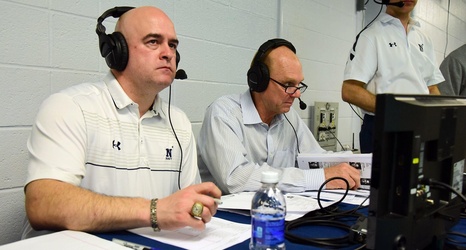 Navy athletics fans have long known that Pete Medhurst is a total professional as a sports broadcaster and one of the best in the business.

Now a large contingent of Washington Nationals fans is going to discover the same thing.

Medhurst has been selected to fill in for Dave Jageler on the radio broadcast for five upcoming Washington Nationals games. The Churchton resident made his debut as temporary voice of the Nationals on Monday’s home game against the Atlanta Braves.

“I’m very excited and a little nervous,” acknowledged Medhurst when contact by The Capital on Tuesday afternoon.