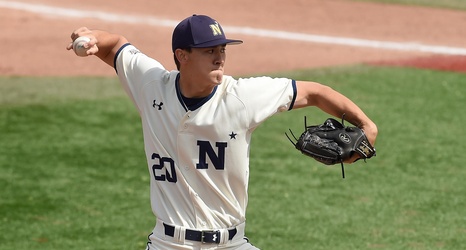 In the battle to win its fourth consecutive Star against Army, Navy’s baseball team used its ace and a red-hot freshman to fire a strong opening salvo on Saturday afternoon.

Noah Song struck out eight and allowed just one hit in a complete-game shutout while Zach Stevens hit a two-run home run in the bottom of the second to lead the way as the Midshipmen won the first game of a day-night doubleheader with the Black Knights, 3-0.