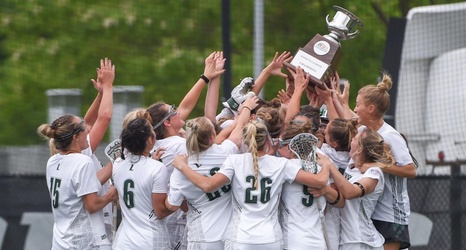 Shutting down a team’s top offensive threat is always a critical coaching point in lacrosse.

No. 11 Loyola Maryland came up with a solid strategy for limiting prolific Navy attacker Kelly Larkin. Meanwhile, the No. 16 Midshipmen had no answer for Greyhounds scorer Hannah Powers.

An announced crowd of 584 at Ridley Athletic Complex watched the host Greyhounds capture their first conference championship since 2016 and earn an automatic berth into the NCAA tournament.