Lifelong friends meet on the lacrosse field in Army-navy showdown 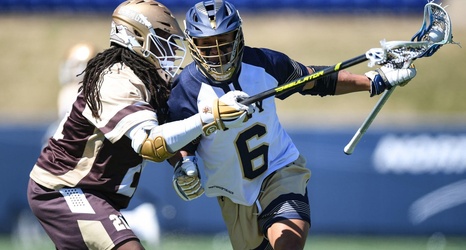 The Crofton resident is eager to get a prime seat at Navy-Marine Corps Memorial Stadium for the annual service academy showdown because he is responsible for putting a stick in the hands of team captains for both the Black Knights and Midshipmen.

Hill was an assistant coach for the Gambrills-Odenton Recreation Council 65-pound football team when he first spotted Greyson Torain and Johnny Surdick.

Logan Hill played quarterback for his father while Torain was the wide receiver. Meanwhile, Surdick was the leader of the defense as a hard-hitting linebacker.