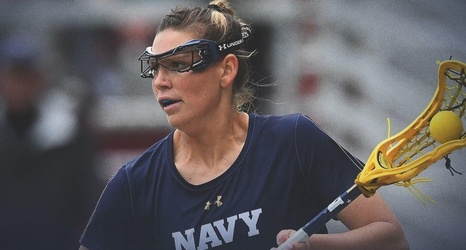 Navy junior Kelly Larkin was named Patriot League Attacker of the Year on Monday. She was one of five all-conference selections for the Midshipmen, who had four first teamers and one second teamer.

Larkin is a repeat first team selection after being named second team as a freshman. The Alexandria resident leads Navy in scoring with 104 points and is the first player in Patriot League history to surpass the century mark in three consecutive seasons.

Also on Monday, Larkin was named Patriot League Attacker of the Week for the fifth time this season. She totaled eight points on two goals and a career-high six assists to lead Navy to a 13-12 road victory over Boston to secure the No.