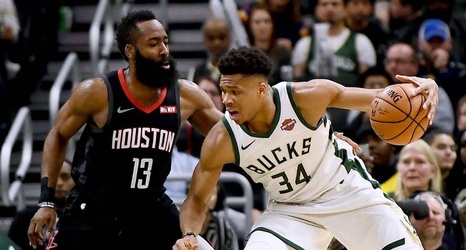 Reigning NBA MVP James Harden of the Houston Rockets is one of three finalists for the award for the 2018-19 season, the league announced Friday.

Joining Harden, who led the league in scoring with 36.1 points per game, in the top three are Giannis Antetokounmpo of the Milwaukee Bucks and Paul George of the Oklahoma City Thunder.

Antetokounmpo, the only player out of the three whose team is still competing in the postseason, led the Bucks to a league-best 60 wins, ranked third in the league in scoring (27.