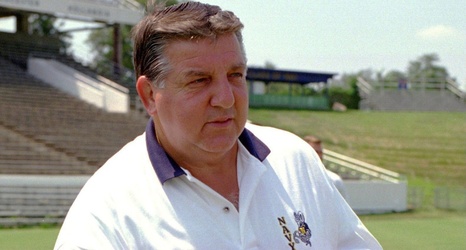 George Chaump, who served as head football coach at the Naval Academy from 1990 through 1994, died on Saturday at the age of 83.

Chaump passed away in his home state of Pennsylvania, where he was a revered high school head coach. Officials with Pennsylvania’s District 3, where Chaump spent much of his career, announced the news on Twitter. A cause of death is not known at this time.

Chaump was officially hired as Navy coach on January 8, 1990 and expressed immediate optimism about his prospects with the program.