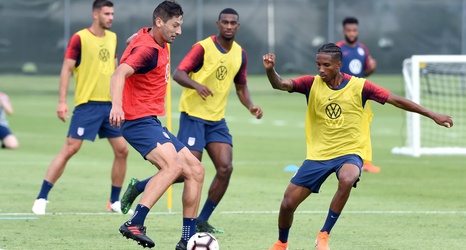 Big-time soccer has come to the Naval Academy this week, and it’s pretty darn cool.

Head coach Gregg Berhalter has brought the United States Men’s National Team to the Naval Academy for a week of training. An initial wave of American players arrived Monday to begin eight days of training at Navy in advance of next Wednesday’s “friendly” against Jamaica at Audi Field in D.C.

I had just sat down on the bleachers at the Glenn Warner Soccer Facility when I looked down on the field and spotted none other than Landon Donovan, arguably the greatest soccer player in United States history.