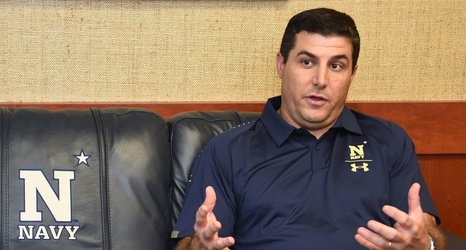 Joe Amplo was perfectly content as the men’s lacrosse coach at Marquette. He had built a solid program that had become an annual contender in the Big East Conference and had the complete support of the athletic administration.

Amplo was the first and only head coach in Marquette lacrosse history, having started the program from scratch when the Milwaukee school decided to elevate the sport to varsity status. The Golden Eagles began NCAA competition in 2012 and needed just five seasons to turn the corner.

Amplo led Marquette to consecutive Big East Tournament championships in 2016 and 2017, earning automatic berths into the NCAA Tournament as a result.