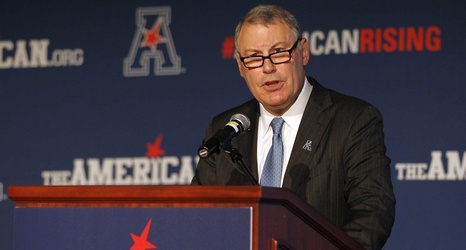 For the past week or so, commissioner Mike Aresco has been conducting interviews with most of the newspapers that cover member schools of the American Athletic Conference.

Aresco’s message has been consistent: All is well. There is no cause for concern.

Connecticut announced last week it is leaving the American Athletic Conference to join the Big East Conference for all sports other than football. That’s because the Big East does not sponsor football.

Connecticut athletic director David Benedict had hoped to speak with Aresco about the possibility of remaining in the American as a football-only member.