Why the Predators had to move on from Peter Laviolette 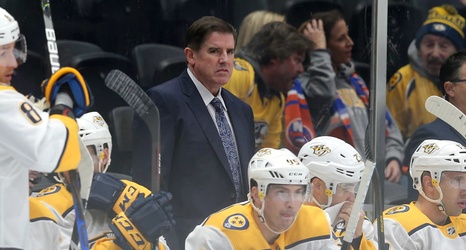 Everyone else has already given Peter Laviolette the thanks he deserves. He took a franchise whose previous peak was getting singlehandedly eliminated in the second round of the playoffs by Ryan Kesler and Mike Smith in consecutive years. He took the oft-mocked #grit incarnation of the Predators and put them in a Stark Industries capsule and injected them with offensive hockey serum. Finally, under Peter Laviolette, the Predators played hockey that was fun to watch. Heck, the reason Matt Duchene signed in Nashville instead of Montreal was because of how much he enjoyed talking about hockey offense with Laviolette during a trip to meet with the Predators.