What’s “Plan B” if Forsberg Leaves Nashville This Summer? 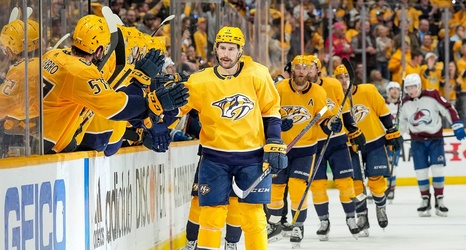 There’s seemingly optimism that scenario could happen. John Hynes said in an interview with 102.5 The Game that he’s “optimistic” and “pretty confident” Forsberg will re-sign with the Predators. The fact that Forsberg has remained in Nashville during the off-season, random CMA Fest cameos and all, could be taken as a good sign he feels at home in the Music City and isn’t itching to uproot his life right now.