Wednesday’s Dump and Chase: He’s Ours 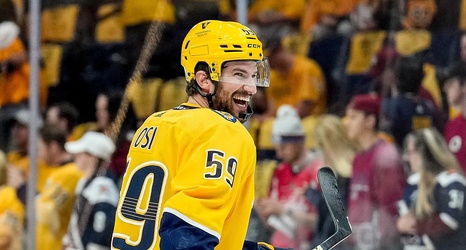 Auston Matthews Voted NHL’s 2021-22 Ted Lindsay Award; Roman Josi finishes as finalist - On the Forecheck
Josi’s historic 2021-22 season guided him to finalist status, but could not overcome the high-powered season by Matthews

Colorado’s Cale Makar wins 2021-22 Norris Trophy for Best Overall Defender; Roman Josi Finishes Second - On the Forecheck
The race for the Norris was a two-man race for most of the season, but the Avalanche’s Cale Makar came out on top for his first Norris win.

Juuse Saros Finishes Third Behind Igor Shesterkin For Vezina Trophy - On the Forecheck
After a stand out season in net, Saros celebrates his Vezina Vezina Trophy nomination in Tampa Bay.