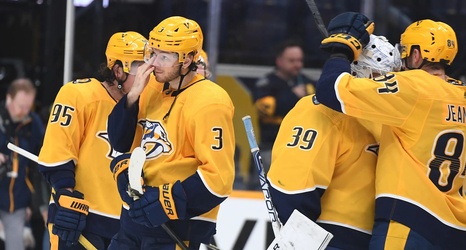 Where do you even begin to write the complicated story of the Nashville Predators’ 2021-22 season?

It was a year filled with some tremendous highs. We had a Norris-nominated defender put up numbers that haven’t been seen in 30 years. We had a Vezina-nominated goaltender cement his status as one of the league’s best. We had two 40-goal scorers, as one of only three teams who could say that this season. We saw team records fall at a dystopian pace, revival seasons from stars who’d made a habit of underperforming, and — finally — a glimpse at what this Nashville Predators could look like when all of the their “big guns” were firing at once.