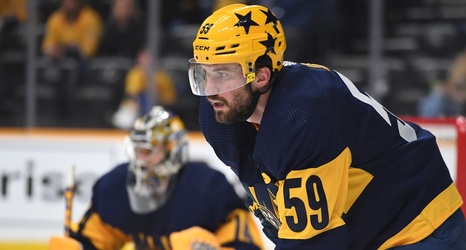 Josi, Saros Up for Top NHL Awards on Tuesday Evening | Nashville Predators
The Preds have three chances to bring home hardware at tonight's NHL Awards: Josi is nominated for the Norris and Ted Lindsay Award, while Saros is up for the Vezina. Josi is probably a heavy favorite to win the Norris at this point (remember, these were voted on before the playoffs started).

REPORT: Scott Nichol Has Interviewed for Sharks GM | San Jose Hockey Now
Nichol, currently the Preds' assistant GM, has been in the organization's front office since he retired in 2013.