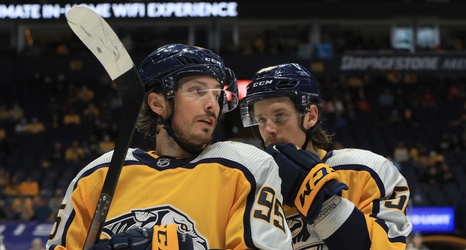 Recap: Nashville Predators 5, Chicago Blackhawks 2: Young players impress in big win | On the Forecheck
Last night was a good start to what's obviously a critical week for the Predators. The Stars (who I'm personally more worried about leapfrogging Nashville in the standings than the Blackhawks) have three more games against Detroit this week after beating the Red Wings last night. Conventional wisdom would say it's in the Preds' best interest to rack up as many points as they can in this Chicago series, because Dallas is probably going to make up some ground by the time the week is over one way or another.