The Science of the Skirmish: the Mechanics of a NHL Fight 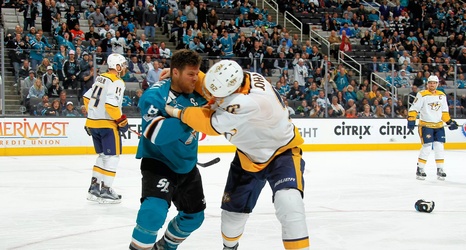 If hockey and fighting had a relationship status on Facebook it would definitely be “it’s complicated.”

While hockey fights have long been considered a sporting event within a sporting event, there has been a gradual trend in the NHL away from the frenzy of the fight. In the 2008-2009 season 41.38% of NHL games had a fight, and 355 NHL players were involved over the course of the season, but just a decade later the percentage of games with fights has dropped to 16.74% of games with only 140 total participants.

While the number of fights is decreasing, the crowd response to gloves dropping is still enthusiastic across the league.