State of Central Division: How Predators Stack Up With the Blues 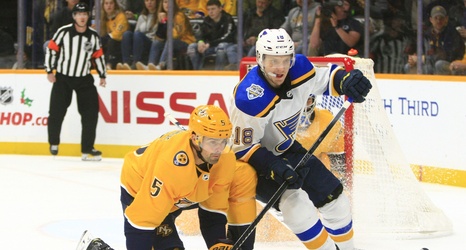 We’re doing a full refresh on every team in the Central Division and how it pertains to the Nashville Predators and their hopes of making a sixth-straight playoff appearance. The Predators have 13 division matchups left in the 2019-20 regular season.

The Nashville Predators have won two-straight division titles, which are the only two in the franchise’s history. They’re not going to win a third-straight unless multiple teams ahead of them collapse in historic manner, so let’s go ahead and throw that fairytale scenario completely out.

We’re going to start with the defending Stanley Cup champions, the St.