Shots From The Point: Fundamentals 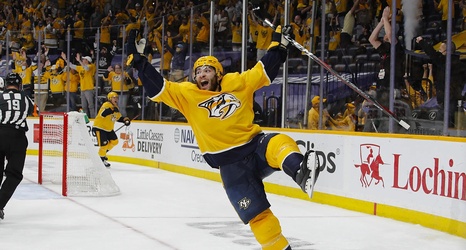 After another marathon evening, the Predators won in double-overtime once again to defeat the Carolina Hurricanes 4-3 in Bridgestone Arena. The victory brought the Predators level with the Hurricanes in this series, tying the series at 2-2 as both teams head back to Raleigh for game 5.

Once they took a 2-0 series lead, the Hurricanes did not expect to be in this situation, all tied up with the Predators. Let’s dive into what happened in yesterday’s game.

From his first day as the head coach of the Nashville Predators, John Hynes preached fundamentals, structure, and organization to his team.