Predators 3, Hurricanes 4 (OT): On To Next Year 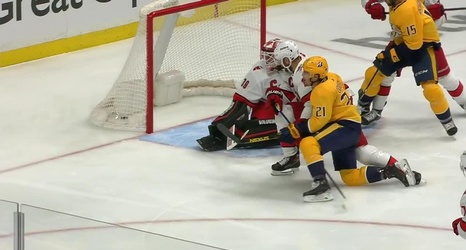 Context is our most important tool when looking at this season’s Nashville Predators. They lost tonight, and it sucks. They’ve been bounced from the first round of the playoffs for the third straight season, which also sucks.

But in context, seeing the Predators at this point now feels like a victory of sorts.

Think about where we were at the beginning of March. The Predators were treading water. A rebuild seemed to be more a matter of “when” than “if,” as the fans swallowed the courage needed to bid adieu to the likes of Mattias Ekholm and Filip Forsberg.