Nashville Predators: The Pros and Cons to a Jack Eichel Trade 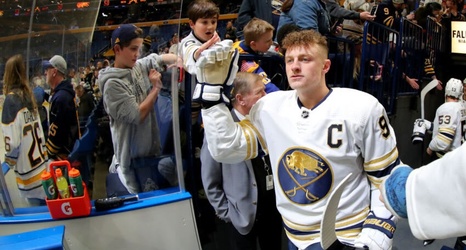 The Jack Eichel situation in Buffalo continues to get murkier and murkier by the day, and it’s something the Nashville Predators camp should at least be paying attention to.

The latest development involves Eichel’s agents, who came out on Friday and said that they expected him to be traded by the start of free agency this past Wednesday, per the Buffalo News .

This came shortly after Sabres’ GM Kevyn Adams stated that they were feeling no pressure to trade their superstar forward, who has voiced concerns in the past about a disconnect between him and the organization.