Nashville Predators: P.K. Subban Gets the Cover of NHL 19 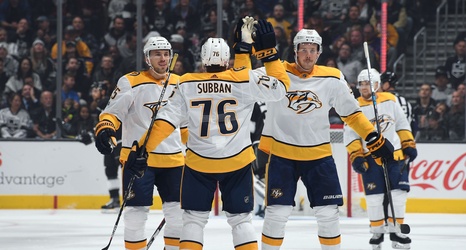 In its 28th installment of the NHL video game, a Nashville Predator has finally captured the cover art. Wednesday night at the NHL Awards Ceremony in Las Vegas, it was announced that Predators defenseman P.K. Subban would don the cover of the the upcoming edition, NHL 19.

Subban was also a finalist for the Norris Memorial Trophy for the league’s best defenseman, however, that honor went to Victor Hedman of the Tampa Bay Lightning. P.K.’s showing off his signature bow and arrow celebration on the cover, a move that has garnered mixed emotions from fans and executives alike.