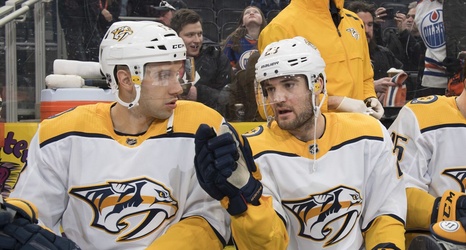 When you look at their current roster, you see a lot of players who don’t look like they’ll bring too much interested on the open market. Then there’s Nick Bonino.

Bonino is currently in his third season with the Predators as he’s compiled 46 goals in 207 regular season games, and added two postseason goals as well.

Aside from Roman Josi, Bonino is easily this team’s MVP so far.